The Gist: First an admission, calling Seating Arrangements a chick-lit book is a bit of a stretch. It is entirely without glitter, girl power, or a romantic hero. At best we can call this one the far more forgiving “Women’s Fiction.” Ok, now that your expectations are realistically set, let’s get to the premise of this store. A wealthy,ivy-league bred WASP family is confined to their summer beach house for the heightened drama of a wedding weekend. Seems simple enough.

Synopsis: Winn Van Meter, the mid-life-crisis plagued father-of-the-bride, wants to keep up appearances, enjoy exclusive clubs and, most of all, avoid real feelings whether they be for his long suffering wife Biddy, his eldest daughter the pregnant bride Daphne (Don’t worry. The pregnancy is announced upfront. No spoiler here), his younger daughter the recently lost soul Livia, or the temptress bridesmaid, Agatha. The family is forced into the close proximity of their Connecticut island beach house while they run the wedding gauntlet. Though Winn strives to be the master of his universe and keep all things at a appropriate and polite pace, the high drama of a wedding draws out the requisite in-fighting, bridal party hookups, and exposure of family secrets that force Winn to take presence in his own life instead of portraying the man he thinks other people see.

The Lowdown: This one was a random pickup at the bookstore, so I went in with only the expectations set by the blurbs on the back cover. I was promised masterful writing, humor, and profound observations of humanity. There were some very pretty prose in Seating Arrangements and that is not to be taken for granted. The author’s obvious passion for language and literature is perhaps the most moving thing about this book, but, as far as the rest of my expectations, I was a little let down. From the first chapter, you know you’re dealing with an unlikable group, but as any reader would expect, I was hoping to be let in on why, other than their collective focus on money and exclusivity, they were so unlikeable. Unfortunately, I was left with just those superficial reasons. There were times when the big leap into a character’s inherent nature seemed imminent.They were like teasers of honesty and like most teases, they were frustrating. Sure, it is the kind of frustration that keeps you reading, the bait that makes you turn the page, but the payoff is never there. In all, Seating Arrangements is a good book. The prose alone; the imagery of the North East beaches, mahogany walled country clubs, and the crisp wearers of tennis whites brought to life a world that is alien to most (this reviewer included), but the shying away from the depth of all of the main characters and their relationships to each other, keeps it from being a great book. 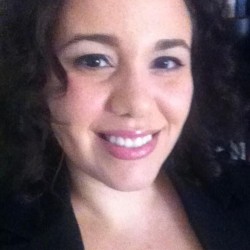