BEAUTY FROM PAIN by Georgia Cates

THE GIST: A cute and spicy romance, Beauty from Pain is told in the first person format from both Jack and Laurelyn’s perspective. Though this is my favorite type of POV and writing style, it just missed the mark with me. For erotica, it was too light, I love a good love story just like the next girl, but I like intensity, swooning, panty melting sex scenes, but I got a sweet, semi-predictable story. I felt like it was an Aussie version of Pretty Woman, except Laurelyn was musically inclined (I really appreciated that component.)

SYNOPSIS: They agreed on three months…but their love knew no boundaries.

Jack McLachlan is a winemaking magnate and easily one of Australia’s most eligible bachelors. His success and wealth make him no stranger to the complications of romantic relationships and that’s why he goes to extreme measures to avoid the hassle. He prefers simplicity in the form of a beautiful female companion with no strings attached. He arranges relationships like business deals and they’re always the same. No long term relationships. No real names.

It’s his game and his rules. He’s content to play as usual, but when Laurelyn Prescott enters his life, his strategy must change because this player is like none he’s ever encountered. His world is turned on its head after he begins a three month affair with the beautiful American musician. Nothing goes according to plan and as he breaks more and more of his own rules for her, she’s exceptionally close to becoming something he never thought possible. His ultimate game changer.

THE LOWDOWN: I don’t really know why, but this book was a miss for me. I feel terrible because everyone has fallen head-over-heels for it. Conceptually it has every component to make it a good book. I love Cates style of writing and the characters were likeable. I love the Aussie setting and that Cates tried to make Jack sound like an authentic Australian.

“Brekkie on the beach…Laurelyn built a relationship with Jack’s mum.”

The story was well constructed, but I feel like it was lacking in the relationship/romance department, their secret pasts, a possible stalker. All of those topics were touched upon but I needed MORE! More detail, feelings, emotions, passion. I don’t know, maybe I read too many Intense-Alpha-Male-Billionaire-BDSM erotica books, and they dulled my senses.

I can’t tell you anything redeeming about Jack other than, he’s sweet, caring and understanding (which says a lot, because I can recite intimate details about my book boyfriends even two years after reading the book). He was a bit pervy with his proposition, but once Laurelyn accepted him, he turned off his douchebag-ness. I would’ve liked it if Laurelyn considered the proposal a bit longer or outright declined. Instead, she caved…literally on their first outing. It’s called ‘self-worth’ and ‘hard to get!’ Their relationship does grow from there. The two become one and fall into a routine during a period of three months, where you get glimpses of ‘true love’ but it was mostly ‘lust’. When the story draws to the end, you can almost predict what is going to happen. Even though you know it, your heart aches and you want to cry, but then you scream!

Scream you ask? It was cliffy. What is it nowadays with cliffhangers? It’s called a story for a reason, for crying out loud, finish the book! You can end a book with suspense and not leave the story open-ended. It’s like buying a Venti coffee and purposely spilling half of it. You’ll still want more coffee the next day (if it is good!)

For all intense and purposes, it’s a good book and you may like it more than me. I will be reading the second book, because I have to know what happens between Jack and Laurelyn. 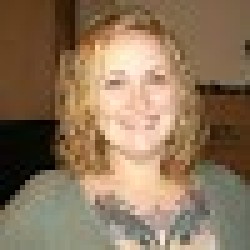