OVERALL THOUGHTS: This book will not disappoint long-time David Sedaris fans, but it could also be a great start for someone new to his work. At times a little dark, he explores awkward situations with humor and insight. Let’s Explore Diabetes With Owls is full of laughs but also has the unique perspective and insight you can only get from David Sedaris.

Synopsis: From the unique perspective of David Sedaris comes a new collection of essays taking his listeners on a bizarre and stimulating world tour. From the perils of French dentistry to the eating habits of the Australian kookaburra, from the squat-style toilets of Beijing to the particular wilderness of a North Carolina Costco, we learn about the absurdity and delight of a curious traveler’s experiences. Whether railing against the habits of litterers in the English countryside or marveling over a disembodied human arm in a taxidermist’s shop, Sedaris takes us on side-splitting adventures that are not to be forgotten.  (Via Audible.com)

THE LOWDOWN: David Sedaris is well-known for his humorous, often autobiographical essays, many of which he performs on the popular radio show, This American Life. When reading aloud, his essays become more like a performance. Sedaris expertly alternates between on-the-nose character voices and deadpan delivery. For this reason, I opted for the audiobook version of his newest book, Let’s Explore Diabetes With Owls.

David Sedaris’s prose is a joy to read (and listen to), particularly because of his knack for drawing surprising conclusions to his thoughts. You may think you know what he’s driving at but at the last minute, he jerks the wheel and you arrive somewhere completely unexpected. He’s also fearlessly self-deprecating. He has a superhuman ability to resist painting himself in a more positive light. Both these qualities are perfectly illustrated early in the book in a scene involving a taxidermist and an antique mummified pygmy. But no spoilers here: I wouldn’t rob you of the pleasure of going along for the ride.

If you’ve read Sedaris’ previous works or heard him on This American Life, you’ll be expecting stories that are quirky, funny, a bit weird, and strangely insightful. Let’s Explore Diabetes With Owls does not disappoint, but it does feel slightly more personal at times. He reveals painful stories about his relationship to his parents, his father in particular. Sedaris seems to have come through these experiences with a general sense of acceptance and resignation that “times were different back then.” But as a reader hearing all this for the first time, Sedaris’ storytelling creates a strange tension between humor and sadness. In one scene his father is in the act of strangling a ten-year-old neighbor kid against a wall while wearing his work shirt and tie over his underwear, and Sedaris describes him as “a bear dressed for a job interview.” You can’t help but laugh, but it’s also pretty horrifying. Not every chapter is so dark, but I like that he doesn’t shy away from the dichotomy. These are the ideas we all have to contend with as we grow up; the cognitive dissonance of feeling two emotions at once. There’s value in grappling with that tension.

During the promotional tour for the book release, Sedaris sat down for an interview with Fresh Air’s Terry Gross. I recommend listening to this interview as a companion to the book. Sedaris talks to Gross about his writing process, his diaries and their role in the writing process, as well as the years he spends living with alcoholism. It’s a tremendous interview and such a treat to see another side of this writer.

(Link to the interview: NPR)

Let’s Explore’s final chapters are satirical essays written about fictional characters. Sedaris fans will recognize this format from many previous essays, sometimes about woodland creatures with distinctly human qualities. Most of these have roots in current social and political issues. They are brilliant pieces of writing and show off Sedaris’ expert knowledge of human nature. But are they as fun and engaging as his personal essays? Not in my opinion. His fictional narrators just aren’t as likable and interesting as Sedaris himself. 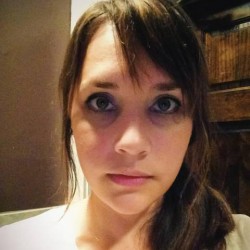