The Many, The Confused, The Hopeful

Whoever came up with the infamous “American Dream” idea obviously came from a different time period. If that guy could see our society today, I have to wonder if he would have come up with a different term like, the “American Myth.” After all, that lovely dream ain’t as attainable as it was even thirty years ago. How easy is it today to have two point five kids, pets, nice cars, a great marriage and a tasteful home? Anyone with the answer to that gets a major award. For every stable family there’s a broken home next door. Jobs are scarce but not as scarce as work you were trained for. More and more people end up working jobs they had vowed to avoid at all costs.

I speak from experience. No, I am not a mother, home owner or a wife. But I’m a product of my generation. We all grew up thinking we had to go to college, or suffer working shifts at the local McDonald’s the rest of our days. But when we got to college our loans piled up and if they didn’t tank us or our parents financially in the process, they gave us a hefty amount of debt to keep us in bondage for the next fifteen years. I have some friends who went method and got their four year Bachelor’s, who now work at some stinking awesome jobs. More common, however, are gals and fellas like me. We’re heading towards the big three-oh and haven’t finished our degrees or just plain gave up trying to run the race. The colleges and universities that were so eager to take us on seemed bent on weeding us out rather than helping. So now we’re the ones working the job or jobs others cringe to hear about.

Want to know mine? Imagine a world of snotty noses, high-pitched screams and foul-smelling underpants. My journey to this distant land began almost five years ago, after my first college experience. I was down on my luck and desperate for money. When I was hired on at the learning center (a.k.a glorified daycare) I was just grateful for the work. But what began as the ideal college job later became my only option. I make a living looking after your children, grandchildren, nieces and nephews. I know how to give a baby and child CPR and keep up with toddlers, all while adhering to “Minimum State Standards.” You may ask how I’ve kept my sanity for so long and your answer is in the fine print. Struggling brought me a desperate need to create a better future. So I started writing and researching. Then I published a few books. Now I have three jobs, including daycare and I’m still poor and struggling.

Half of the friends I grew up with are married with children. I don’t know why they all felt the need to jump on the bandwagon. Maybe it’s a Southern thing? The other half are like me, dating or single and in no rush to get started on kid number one, let alone two point five. Reasons for this single phenomenon can be traced to several key factors I won’t discuss. Because this isn’t a Glamour column, no matter how glamorous we seem. Suffice to say, it’s taking all the lonely hearts much longer to find their better halves.

I may be poor financially but I’m rich in knowing I’m surrounded by people who love me, because I was able to fulfill my dreams in spite of my struggles. I spent five years being single because I was done with relationships, but now I do know my better half. His arrival has set off several changes in the makeup of my topsy-turvy life. But I’m not here to toot my horn. I’m here to tell you that even if you don’t have your life figured out, you’re only a failure if you believe it. Someday, the door is going to open for you too, or if you’re adventurous, a window you can crawl through.

After years of drifting aimlessly and the shame of leaving and moving back to my parent’s home, I think I’m closer to seeing my dream realized. It may not mean two point five children, a grand old house or fine things, but I guess that’s what we all want, deep down. Dreams sound so much better than myths, don’t they? In an interesting twist of events, this generation of hard-working Americans is living out that old school manifest in their own way. We’re willing to settle for less than perfection because it tastes a bit sweeter. Even perfection is only surface value. You got to look inside yourself to figure out what you want out of life. And maybe if you’re blessed, you can find your own sliver of joy. 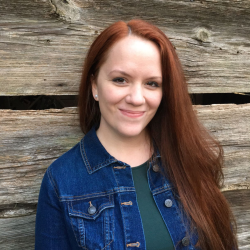